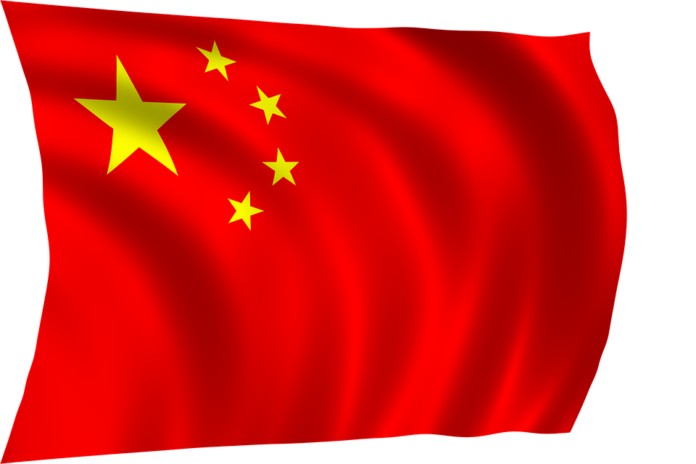 The 13th National People’s Congress (NPC) with its second session – a very important political event in China – has been concluded on March 15. The NPC is a kind of parliament and to some extent a legislative institution. The term of the NPC lasts for five years with one big annual convention every spring (March) in Beijing, gathering around 3000 invited delegates from all over the country.

For China analysts, it becomes increasingly important to analyze the comments and statements by China’s top politicians, particularly those made by the President of China and also General Secretary of the Communist Party of China, Xi Jinping, and by the Prime Minister Li Keqiang. This includes reading their messages also between the lines – which indeed is tricky but can be very fruitful. Li certainly has a great deal of economic competence.

Main focus on the economic development and Outlook

The 13th National People’s Congress and its second session discussed actually a broad range of topics – topics, however, that were clearly dominated by concerns about the economy. Not everything was referred to Trump’s protectionism. Indeed, many bothering economic problems were described as homemade. Other topics that were taken up – with direct or more indirect links to the economy – by important Chinese political leaders were, for example, education, high-quality development in different areas, environment protection (health), poverty, urbanization, corporate tax reliefs, etc.

In a summarizing comment, Prime Minister Li Keqiang stressed that externally generated risks remain on the rise and that the real economy faces many difficulties. He added that there still exist many hidden dangers in the financial and other sectors. Altogether, these concerns express quite clearly the worries China’s political leadership currently feels about the economy – and it could also reflect a limited move to more transparency. This latter angle should be checked up more frequently in the future.

Below, I make an attempt to collect different comments or statements by prominent Chinese decision-makers during the NPC (mainly by the President of China, Xi Jinping, quoted here as Xi, and by Prime Minister Li Keqiang, quoted here as Li; others are not quoted by name). Translated into the corporate language, Xi can be described as the chairman of the board and Li as the CEO of China. To get some organization in the comments and statements from the NPC, I have divided them in the following four different groups:

Communication with at least partial concretization:
“The standard for poverty reduction is to ensure that poor people have access to food and clothes and by the basic public services of medicine, education and housing …” (Xi)
“… increasing downward pressure (on the economy) …”
… continued preferential policies for new energy vehicles … (Li)
… foreign firms will be able to transfer profits easily …

Communication stressing encouragement or urgent improvement:
“There should be no retreat until a complete victory (against poverty) is won …” (Xi)
“We must crack down on those who try to contaminate poverty alleviation …” (Xi)
“… promotion of China – U.S. trade negotiations …” (Li)
SMEs still have too limited access to money and the speed of innovation is still too modest … (Li)
“Get fully prepared for the 2022 Olympic and Paralympic Games …” (Li)

Communication with general comments and statements:

“Financial sector will open further …”
“Local governments are not allowed to raise new “hidden” debt”
“Farewell to GDP as only performance indicator …”
“The government should build a fair, transparent and legal environment and create a good atmosphere for the development of private companies …” (Xi)
“China wants to build world-class SOEs …” (Xi)
“Environmental protection and economic development are closely integrated …” (Xi)
“Social sciences workers should do more field research …” (Xi)
“Companies should have more time for their business instead of dealing a lot with bureaucracy …” (Li)

In certain cases, the borderline between the four groups may be nebulous. However, this is not a decisive point in this context. The main objective is to find out to what extent political comments from the NPC may have become more applicable for corporate (financial) decision-makers, analysts and academics with different kinds of interest in China.

Conclusions from the 13th NPC

Altogether: more pragmatism and transparency at this year’s NPC – necessary also in the future.

My own understanding is that the latest NPC obviously turned out to be more open and transparent than all the previous sessions I have watched them since the early 1990s. This time, a number of problems and necessary improvements were taken up more or less distinctly by China’s most influential political leaders. This hopefully starts a new trend which could mean some kind of progress. For this reason, it will be interesting to observe whether this recent impression has to be regarded as a temporary phenomenon or rather as a visible initial step towards more (economic) transparency – indeed a change the world outside China would appreciate.

Make a difference between short-term and long-term developments!

Certain comments in Sweden and abroad concluded recently – also during the NPC – that current economic worries about China generally have been overdone and also the specific reactions on financial markets. This may have been – and probably is – a correct interpretation for the near future in a sense that no major economic accidents most probably will be reported from China any time soon. It also seems to be the right conclusion that China really tries to work for a solution of the trade war with the United States, as recorded from the NPC. However, it would be wrong to play down all the (other) risks and challenges that China will be facing in a longer perspective. These more distant fears were also expressed at the NPC and should be included in any well-founded analysis of the Chinese economy – the debt problem certainly included.

Only one year ago, Chinese political leadership still pronounced the superiority of their economic model with its politically determined term of a “socialist market economy”. However, functioning improvements of marketization also assume more pluralism in different decision processes. Probably, China has to work more strongly in this direction – also in a social context. Legitimacy for the political system in the past two or three decades was very much – and too much – related to achieved and expected high GDP-growth rates.

In the foreseeable future – when GDP growth necessarily is confronted more clearly with the “new normal” of growth. Dampened GDP development and expectations alone cannot satisfy major parts of the Chinese people anymore. Instead, social issues will increasingly gain momentum such as improvements of the environment, better institutions (less corruption and bureaucracy), better social insurance and health care, acceptable pensions, future-oriented education, better food quality, etc. All this factors will become increasingly important. Thus, a positively adjusted Chinese model for the future will have to include sizeable social progress – and still the ability to deliver reasonable GDP growth in order to keep unemployment roughly under control and to finance necessary social reforms.

I would guess that really visible and felt social progress could be a major part of China’s and Xi Jinping’s way to a considerably revised content of the old legitimacy mandate which mainly – or even only – was based on very strong economic growth. It is certainly not by serendipity that Xi Jinping strongly has been singling out – also at the NPC – that poverty has to be combatted as efficiently as possible. It can be added that current official urban unemployment at around 5 percent does not look so favorable. And what about rural unemployment?

Improvements for the corporate sector – but more is needed.
It can be noted that China’s political leadership at this year’s NPC has been increasingly focusing on conditions for the Chinese corporate sector, including lower taxes and social contributions but also better conditions for FDI. State-owned banks have been encouraged to lend more money to SMEs which so far have been depending too much on fresh money from the so-called shadow banks. Local governments are now expected to give better financial support to startups. These plans are certainly positive. However, considerably more has to be accomplished, particularly when it comes to private companies – and preferably more efforts and money should regularly flow to improved corporate conditions.

Financial reforms may be delayed further.
China’s financial markets have been reformed in recent years – but not very quickly. Focus should remain on further improvements of the domestic financial markets which – according to my own reading – has not been clearly emphasized during the NPC. Current problems in the Chinese economy should also mean that the complete opening-up of cross-border financial flows should – and most probably will – take time. This conclusion should be particularly applied to cross-border trading of treasury bills, bonds and stocks. Full convertibility of the RMB (yuan) is still not recognizable.

Trade deal with the U.S. remains difficult to achieve
Sure, China wants a trade deal with the U.S. since China’s exports really show a negative trend – but not at any price as explained repeatedly at the NPC. Financial markets should become more cautious with their spontaneous comments on American-China trade news. We may be more far away from a sustainable trade agreement between the two largest economies in the world than many (financial) analysts pretend these days. Who knows?